Had to share this brilliant piece of literature by a wonderful woman and artist, the Picasso illustration accompanies this brilliantly!
Thank you for sharing Kristen!

And this if for all those who,

So I gave something; rather took away in the form of neglect but I respect you enough to give you exactly what you gave me…

And I can’t say it was much but thank you, for every gift is precious.

She cried out to God to take her away from these demons. These high flying death defying dreams that keep her awake during the daytime just so she can’t find the peace to sleep. But best believe this is the piece she’ll weep to.

She cried out to her mother who was just like her but not at all. The one who solved her problems but let her fall; first. When she got back up it was alone in a dark place where all she could hear were horrid memories ringing in her head from a lie-filled childhood. She’s grown up now and not becoming anything like her. But that’s okay because we’re all individuals, right?

She cried out to that junkie in the alley who mirrored her. He also feared himself. She feared herself because she knew her life was on the line but she needed to blow… her pain away. And of course, that wasn’t the sane way but she knew her life would end the same way; as his.

She cried out to cupid who wouldn’t give her the last shot she needed to get drunk with. That one pinch of the skin to let her know she was real. She was the real deal and no one knew it but her. Not even the man of her dreams wanted to watch her wake up, and with that cover-up and mascara she was made up. But she was never really herself. Not even with herself.

Her life was on the line, but no one chose to walk it with her. 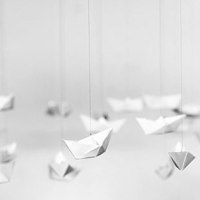 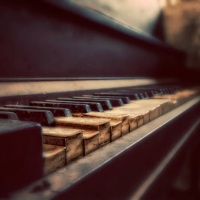